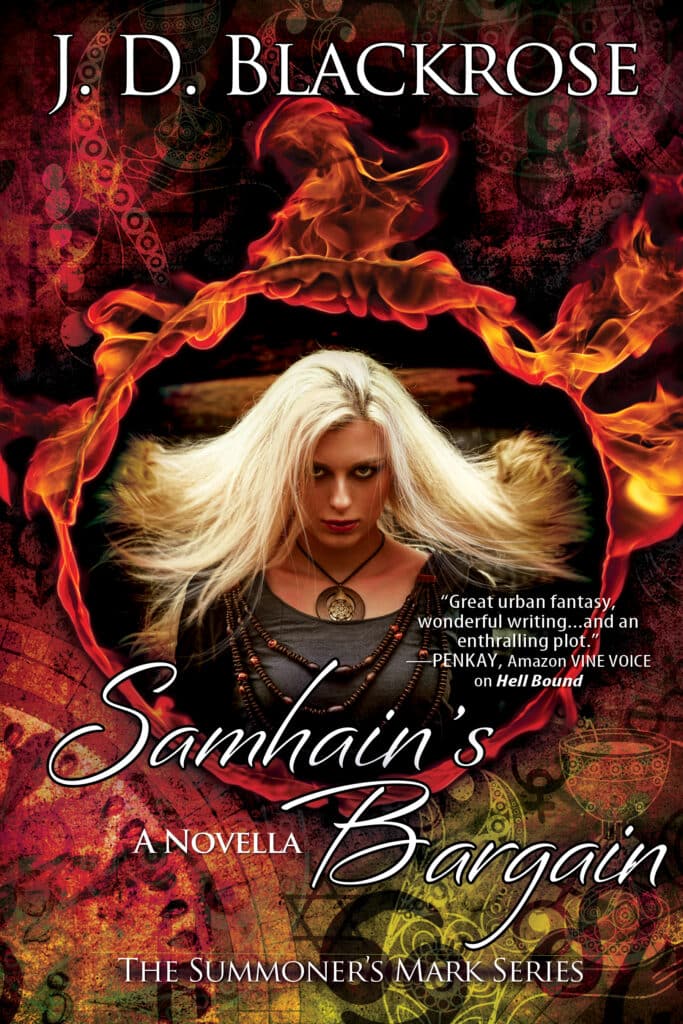 Part of the The Summoner's Mark series:

Though I've been waiting for Lucifer to make his move, I never expected it to come on Halloween, a year after Gregory and I made our escape from Hell. I'm not ready for it. I'm still grieving the loss of my father and my angel boyfriend. And the last thing I need or want is another confrontation with the Prince of Lies.

Especially when he's bent on vengeance.

Still, a confrontation is what I'm going to get. Because I've just learned that Lucifer is riding to Earth with Samhain, the Lord of All Hallows' Eve, to tempt Gregory with promises of power and put Gregory's immortal soul in jeopardy.

He wants revenge on Gregory—the mortal who escaped his grasp. And on me—the summoner who killed Duke Valefar, a powerful demon who'd served Lucifer since the Fall.

So now, we're both in his crosshairs. And it's going to take all of our willpower—not to mention some help from Lord Samhain himself—to slip Lucifer's noose.