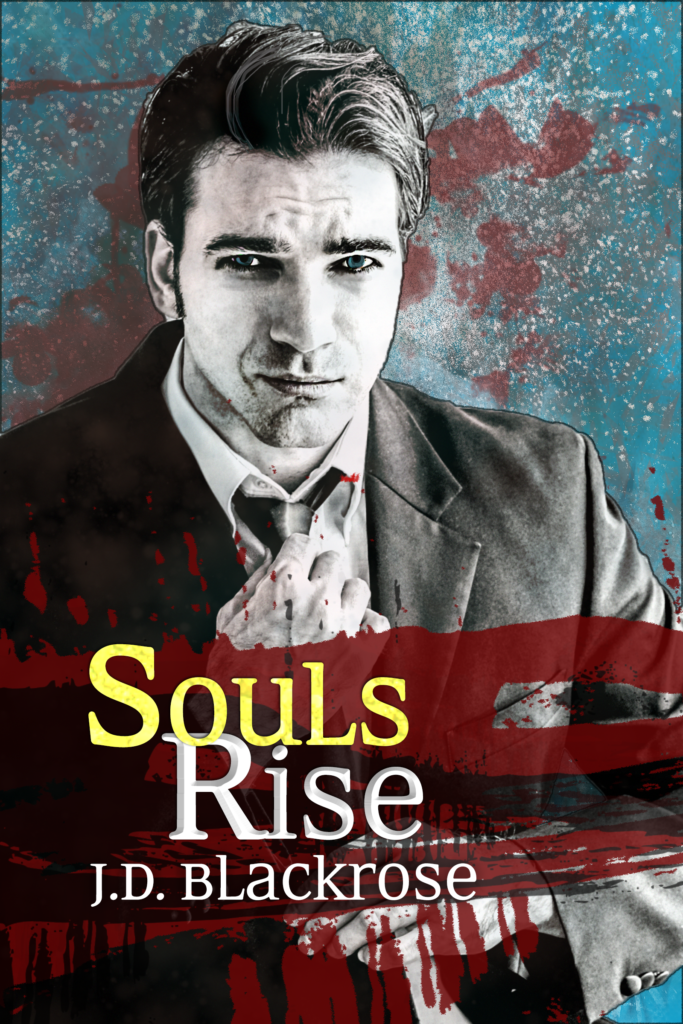 Part of the The Soul Wars series:

The story goes back in time to World War II Paris, 1944, to learn what made Gaspard leave Europe and head for the United States. Vampires, demons, Nazis, and Gaspard’s first love intertwine in a fast-paced story that explains why some vampires have souls and some don’t. In the end, Gaspard finds himself sharing drinks with a major player in the game and starts to wonder how much of his life has been manipulated by powers larger than he is.

The Soul Wars novella series is a new series of short novels, similar to BookShots. Souls Rise is the third in the series by urban fantasy author J.D. Blackrose.

Blackrose has a flowing writing style that makes her novellas a quick and easy read without compromising the integrity of the story.

Incredible story! Souls Rise is a tale of Gaspard's past, which gives backstory explaining what makes him who he is, as well as showing how events transpired to place Gaspard in New Orleans with Kara as his bodyguard. At first I was disappointed that the entire story was going to be set in the past, only because I'm curious to find out what happens next in the Gaspard and Kara saga. But patience is a virtue, and this story rewarded said patience by drawing me in, refusing to let me go until the last page. I still eagerly await the next in this saga, but feel like I understand this world and its players much more now.