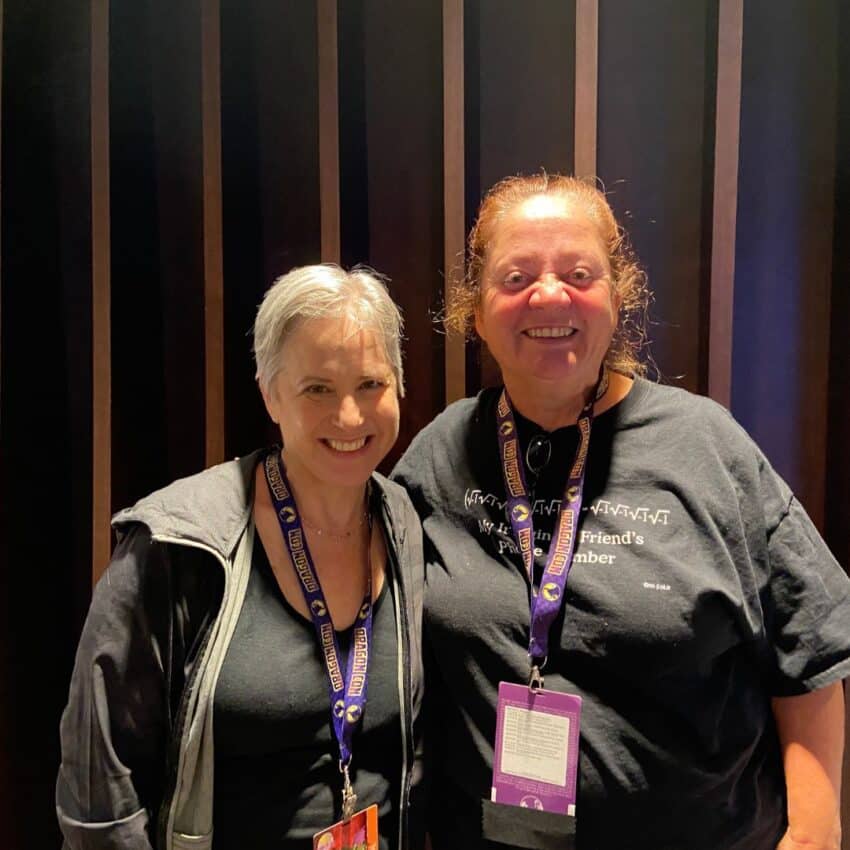 I asked Patty a bunch of questions in an almost random order, so just bear with me and pretend you were sitting there listening to our conversation.

What is Sherwood’s tattoo?

It is a tribal tattoo, but I can’t tell you what it is yet because I’m not sure myself. I added the tattoo to show that Mercy hadn’t “seen” Sherwood clearly before.

Okay, what did Mercy “see” when she looked at Mary Jo and Kyle in Soul Taken?

She saw that Mary Jo likes her a lot more than she lets on and that MJ is super loyal and feisty. She also saw that MJ is totally in love with her firefighter boyfriend.

Mercy saw that Kyle is a multi-layered person. None of these things were a true surprise, but it was sort of like seeing your friend naked. The important part isn’t that Mercy saw something unexpected but how she felt about seeing her friends’ deepest truths.

What’s the baby’s name? (meaning, of course, Samuel and Arianna’s baby, duh. I hit Patty with this in the middle of the conversation hoping she’d spill a juicy nugget taken unawares. I’m so sly…except…the answer was…)

I don’t know yet. Names have power, particularly for the fae so we may never know her “real” name.

How will Anna and Charles handle the baby’s arrival vis-à-vis the pack? How do they explain that a baby suddenly appeared?

The pack is used to keeping secrets. They’ll say that the baby is Anna and Charles’ business and that’s that. We’ll see this in the next A&O book. Bran knows the truth, of course, that the baby is a Maker.

With a baby, will Charles still be his dad’s hatchet man?

Yes, he has to be, but Asil will take over some things.

Speaking of my book boyfriends (Charles and Asil…I know, don’t tell Anna or now, Ruby how I feel about them), you gave Asil a girlfriend!

I did! And notice how Asil let Ruby rescue herself. That’s a sign of who he is deep inside. What kind of man he is.

Who is in on the dates? Who are the emails coming from?

I can’t tell you, but it wasn’t Anna writing them. Bran is in on it though.

Will we ever get to read about the lion date?

Who was Alan talking to on the phone when Asil showed up for his “date” with Ruby?

Back to Soul Taken, I like when we get to see things from Adam’s point of view.

I have to do that every so often. In Frost Burned, Mercy was unconscious to I needed to show what was happening from someone else’s POV. It is fun to do and it shows that Mercy is an unreliable narrator.

Will Bonarata think that he lost or won in this latest altercation? I mean, he didn’t destroy the pack or kill Mercy, but he sure killed a lot of other people, tortured his vampires, and caused a ton of havoc.

Bonarata thinks he has to kill Mercy. He will view this as a foray, and a start to a new game.  He thinks long-term—as immortal creatures do.  He likes to play with his prey—and he needs to make Mercy’s fate particularly awful, so other people think twice about defying him.  He’s beginning to think that Wulfe was right when he said Mercy was the most powerful person in the Tri-Cities, so he’s going to make her death spectacularly awful.

Where did you get the Harvester idea?

I wanted this to be my “urban myth” book. Once I decided to use the pumpkin patch—which is an actual place in the Tri-Cities, the corn maze made me think about a Harvester.  I was taking about it with Dan Dos Santos, my cover artist, and he sent me a quick sketch of a scarecrow like creature armed with a sickle—and the Harvester was born.

What’s challenging about writing so many books set in the same universe?

I have to keep reintroducing the characters for the new readers, or people who haven’t read the last book in the series for a year or two–while not alienating the loyal readers by boring them. It’s a challenge.

Do you ever outline?

I love the walking stick!

It does keep showing up, the cursed thing.

Thanks so much for spending time with, Patty.

Read my other posts