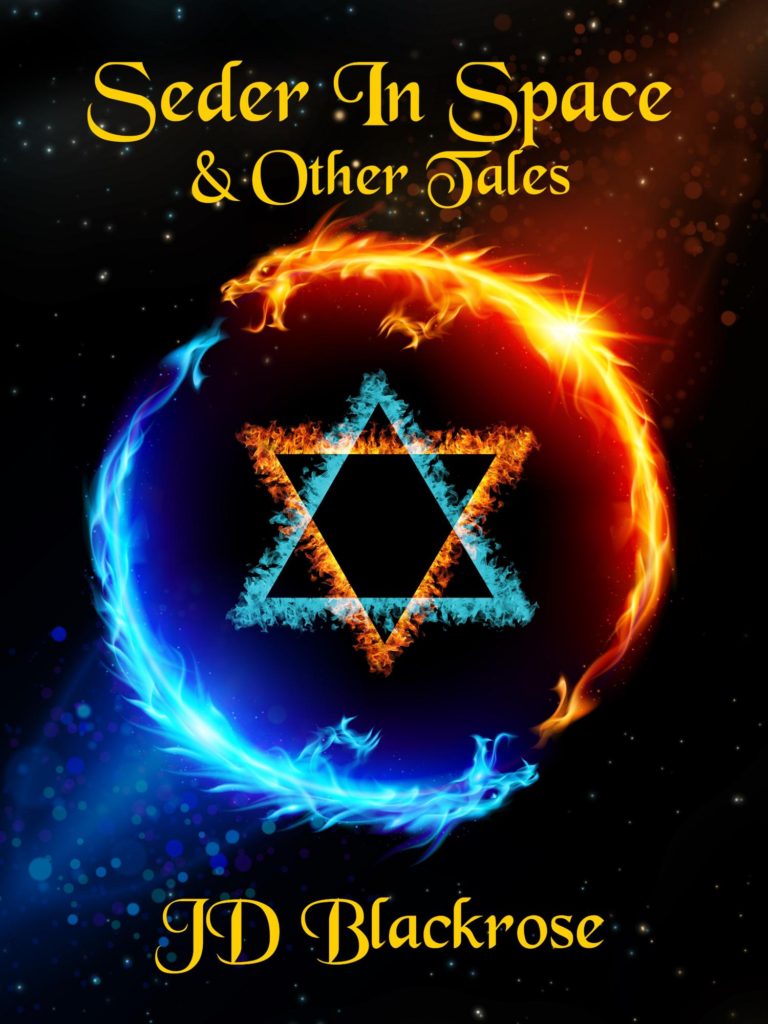 Finally, answers to the questions that plague us!

What is the real reason pigs aren't kosher?

Will Elijah come even if we live on Mars or Seti Alpha 6?

How do Jewish women cook a three-course dinner for eighteen in under an hour?

Why can't you visit Masada at night?

“Ach! Why don’t you bring home a nice Jewish boy?” My grandmother lowered her voice to a whisper. “He’s colored.”

I turned from arranging the seder plate. “Bubbe! Don’t be racist! You make it sound like you’ve never seen green skin before.”

“And there are no Jewish boys in this sector. Most of them stayed on Old Earth.”

“So? Visit the Old Country. Take a birthright trip. Would it hurt you so much?”

I shook my head in exasperation. “Bubbe, be polite tonight, okay? Don’t embarrass me.”

“And all those arms! Who needs four arms and four hands?” clucked my Bubbe, as she peeled the hard-boiled eggs.

“Bubbe, the universe is vast. You need to be more accepting.”

“I accepted that nogoodnik boyfriend of your sister’s, didn’t I? And when the grandkids were born, did I say anything about Samantha’s tail or Justin’s double row of teeth? No. Not at all. I’m very tolerant.”

Realizing it was hopeless, I turned my attention to the roasted lamb bone in the oven. I had managed to score an actual lamb bone from Old Earth and paid an arm and a leg to have it shipped Galactic Express. It was my first seder at my home and I wanted it to be perfect. My mother and grandmother always hosted, but this year, it finally transferred to me. I’m not sure what the magic word was, or the magic age, but there was a general unspoken consensus that now that I had my own home, I would take over Passover duties.

“Bubbe, did you bring your Haggadot?”

“Yes, but we only have twelve of them. Your mom is bringing another twelve.”

“But her books are not the same as yours.”

“But the English is different and the page numbers are different, and the Venusian translation will be different too. No one ever knows where we are. There is a time warp from the head of the table to the foot so that everyone is asking what page we are on. It’s chaos.”

My Bubbe waved her left hand at me while she chopped onions with her right. She never even looked down at her hand and somehow they were always diced perfectly. Whenever I diced onions they looked like a mass murder had taken place.