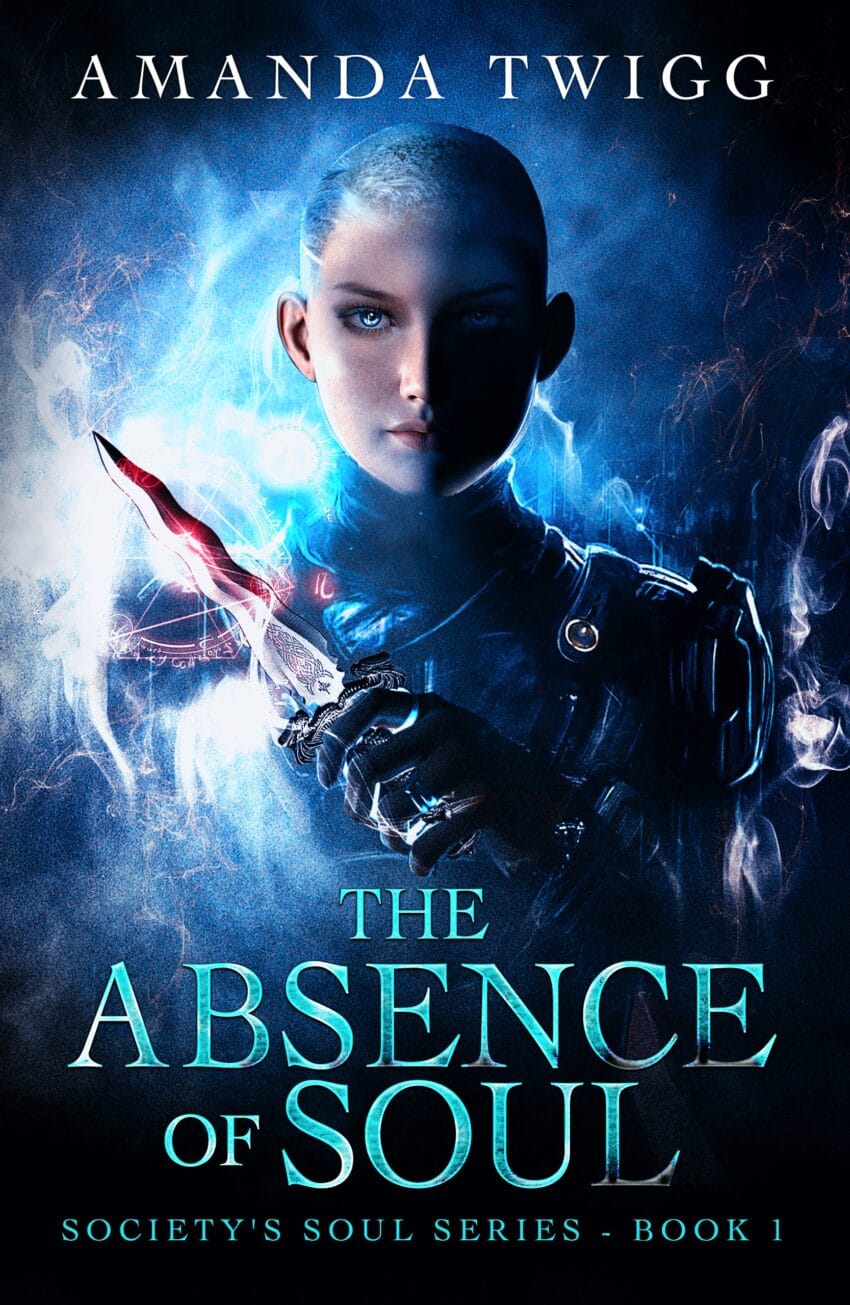 I have a guest post today from my good friend, Linda Robertson Reinhardt. Check it out.

Huge thanks to J.D. Blackrose for giving me the chance to share my interview with you.

I’m Linda Robertson Reinhardt. I’ve been published as Linda Roberston (a few novels and a handful of short stories in various anthologies—I say that only to qualify why I’m super excited to tell you about Amanda Twigg’s Society’s Soul series. (And give you a 2-book offer link!!) The overall gist of the trilogy is this: A battle is brewing between powerful soldiers and dangerous magicians. One young woman has the chance to save them all…

When she shatters the peace, can she stop the bloodshed?

Landra Hux lives on the edge of the lies she tells and her family’s heritage. Hiding her forbidden aura-bound abilities, the girl with gold-flecked hair is shocked when her Chief Warrior father challenges her to a ritual knife fight… and she wins. But when she discovers her victory promotes her to next-in-command over her militaristic people, she must keep her magic secret or risk a deadly revolt.

One reviewer said: “…the beauty and power of this novel and its enchanting, although wholly realistic setting are not to be missed.”

Here’s my interview with Amanda Twigg:

AT: The blend grew as a natural consequence of the story’s core conflict. Warriors understand the material world, while Templers embrace Soul magic. Can the Jethran people unite to survive, or will their differences bring destruction? In a way, the Society’s Soul Trilogy is a battle between science fiction and fantasy. I’m not giving away which wins.

LRR: That’s quite a rivalry. How did you come up with the idea?

AT: I’ve always taken an interest in the way people handle opposing views. My story might reflect the world’s current political and religious divisions, but in truth, the idea formulated decades ago. My red and blue faction colors even happened by accident. I’m from Wales, so the political implications of the shades never registered in my consciousness. I picked red for its association with love and hearts, and I chose blue as an opposite. My real inspiration owes more to the ancient treatment of witches. What would our world look like now if their power had been real, and we’d embraced their magic? That might be another story I write.

LRR: I love that idea—please do! Your main character fights for the right to become Chief Elect. She’s a young girl, untried in combat. What makes her right to lead the Jethran people?

AT: Landra Loni Hux would say nothing makes her special, but she is a girl out of her time. She has Warrior heart and Templer magic, just like the Jethrans of old. If she can fight imposter syndrome and prejudice, maybe she has a chance to do what no one else can. It’s a great responsibility for a young girl to handle.

LRR: I enjoyed how you let her make mistakes and doubt herself. Often times the ‘hero’ of a story is so perfect they just come off as boring. You gave Landra relatable flaws and let her work through them—even to her own detriment. You didn’t shy away from putting her through some seriously bad situations. I know you coach tennis, and I want to talk about that in a minute, but first, did your coaching experience influence your treatment of Landra?

AT: In a vague way. I’m not saying Landra’s terrible experiences happen in tennis, but I have noticed that the players who suffer hardship often relish their opportunities more. I wanted to see how Landra would respond in that situation. Also, the gladiatorial nature of tennis provided a foundation for my warrior race.

LRR: I think that’s brilliant. I know a lot of interviews just highlight an author’s books, but I’d like to give the readers a chance to get to know a little about you, too. When did you start writing?

AT: I have written for as long as I can remember, but I didn’t attack fiction writing with serious intent until I hit my sixth decade. A lucky escape from a car accident made me realize that time could run out, so I switched my focus toward my passion for words.

LRR: Oh my! I’m so sorry you had that experience, yet, glad you’re safe and glad it caused a positive change…but I have to ask, if you’ve been writing as long as you can remember, why did you put off writing in the first place?

AT: I am lucky enough to enjoy two passions in life, writing and tennis. I made a deliberate choice to hit fluffy yellow balls across a net until my body gave out, with the intention of pursuing my writing later.

LRR: It seems like that has worked out for you. Would you agree?

AT: It didn’t go to plan. I started tennis as an adult beginner, so I didn’t expect great results. In playing terms, that proved true, but I qualified as a tennis coach in my early thirties, which sent me down a different path. I specialized in developing solid foundations in young players who had a chance to be good, and the outcome surprised everyone.

The teaching came naturally. Don’t mistake me, I worked hard to learn my business, maybe to an obsessive degree, but that didn’t guarantee success. Communication proved vital in the coaching role, so my writing flirtations came in handy. Through the years, many of the players I taught have gone on to participate in regional and national teams, and I won the National Children’s Coach of the Year award in 2014.

LRR: Wow! Congratulations on that!

AT: My achievements are wonderfully unexpected, but they have put a dent in my writing plans. While aches and pains let me know that my body gave out a long time ago, the award has ensured the demand for my coaching services hasn’t waned. In the end, lockdown gave me the break I needed to change focus. My writing flowed, and I just released the third volume in a science fantasy trilogy. Society’s Soul is published,sothere’s no going back. I am a writer now, and there’s no time to waste.

LRR: I love your attitude! And the trilogy is strong debut. Do you have any regrets about waiting until it was the right time for you to write seriously?

AT: Strangely, no. I found the additional years of experience really added something to my stories. I can’t imagine my novels being the same if I had completed them earlier. Apart from drawing on life’s usual problems for material, I had a sport and coaching journey to call upon. Tennis is a problem-solving game and success depends on how a player deals with adversity. Experiencing the challenges first hand added authenticity to my writing, and imparting the qualities to others fostered my empathetic skills, which added richness to my characters’ emotional journeys.

LRR: What are you writing next?

AT: I have two writing projects underway.

I recently wrote a short story called Dare, which is full of wizard hunters, blood runes, and magic. A novel-length continuation is underway. It’s in the first draft stage, and I’d forgotten how much effort is needed to build a rich, exciting new world. I take breaks by switching to a second project, which is the most unlikely, drama-filled tale I could have ever imagined—My  tennis memoir.

AT: Dare doesn’t know whether he wants to be a scoundrel, a savior, or a king. He’s a finder of lost things, but he’s been a missing person for years. Will a visit to the blood market jumpstart his stalled life?  A gaudy guard demands to see his palm tattoo. And now he’s forced to reveal the royal crest which identifies him as a runaway prince. A magical adventure follows, but will it jumpstart his stalled life?

Get the boxed set of

The Absence of Soul

Thank you, Linda, for this great interview with Amanda Twigg. It is so nice to discover a new writer.

1 thought on “Interview with Amanda Twigg”