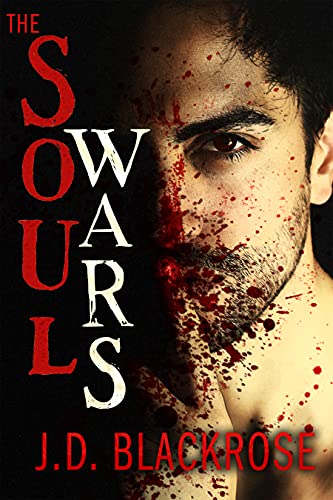 The Soul Wars has a new cover!

If you liked True Blood, and thought, “Hey, this could be even better if it had a Valkyrie and a flying horse,” this book is for you. Here’s the description:

After more than three centuries of war and chaos, all the vampire Gaspard wants is time and peace to restore his house. He means to make the crumbling antebellum mansion a haven for other vampires like himself who retain their souls and want to cause no harm to mortals—or at least as little harm as possible.

But everyone from the vampire power structure to the feisty old lady next door to the alligator monster in the swamp seems hellbent on ruining his plans. When an ancient enemy from his past shows up, he fears his dreams of peace will be shattered forever.

Kara isn’t sure why the All-Father has lent her services to this vampire, but she’s pretty sure she doesn’t like it. The Valkyrie has fought beside her sisters since the literal dawn of what mortals call time. Now she’s working as Gaspard’s security chief—a glorified bodyguard for a creature well able to fight for himself. She doesn’t know if she should be insulted or amused. But the longer she works with Gaspard, the more invested she becomes in his world and in their friendship. And she can’t pretend he isn’t nice to look at, too.

In this series of connected novellas, J.D. Blackrose breaks free of the expected forms of both urban fantasy and paranormal romance. With vivid characters and action that doesn’t stop, the author of the popular Monster Hunter Mom series pairs gothic atmosphere with superheroic adventure to create something entirely new. Both the vampire courts and the halls of Asgard should be pleased.