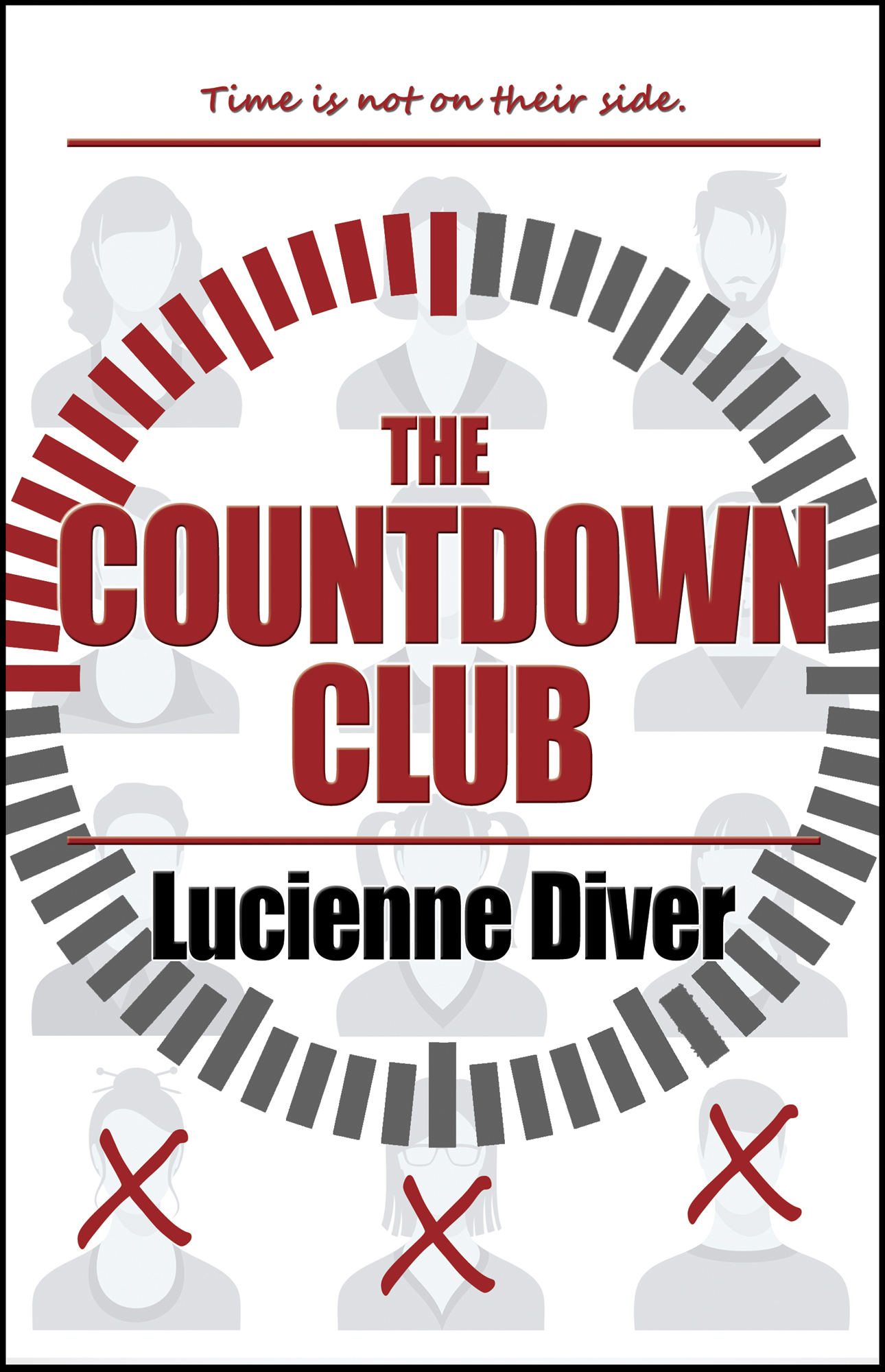 Crime and THE COUNTDOWN CLUB

I was a teenager during the Cold War. (Yes, I’m old. You hush up now.)

When I was in school we had air raid drills, where we hid under desks or filed out into the hallways and protected our faces by pillowing our heads in our arms, which were folded against the walls. It looked like we were all counting to ten in a game of hide-and-seek. As if any of that would protect us against the bombs that Russia might drop if things went badly. I remember consoling myself with the thought that I lived less than two hours from New York City as the trains ran, so at least our area was likely to be within the initial blast or fall-out radius of a nuclear weapon. We’d die relatively quickly rather than struggle to survive the horrors of a prolonged nuclear winter. I have no idea if this was true, but it helped me sleep at night.

Today’s drills are much more horrifying, because unfortunately we live in a world where we mourn weekly for the deaths due to active shooters, so many on school campuses. And the overwhelming response seems to be “thoughts and prayers” rather than any meaningful change. No, I don’t mean arming teachers or “good guys with guns.” For one, law enforcement can’t tell one person with a gun from another when they arrive, and for another, too often the evaluation of “threat” is based on skin color or other biases, like the failure to understand physical or mental disabilities.

With this current, terrifying reality that kids and parents live with today, it’s difficult to contemplate promoting a mystery where teens are in danger. No, there’s no shooter in The Countdown Club, but one fateful Monday, five kids receive notes giving them only so many days to live. Two Days to Die or Six Days to Die… I get chills just thinking about it. However, I’m a mystery fanatic. I nearly went to graduate school for forensic anthropology; I’ve been drawn all my life to forensic psychology. I watch just about every crime show in existence from Forensic Files to Dateline to Evil Lives Here. And I’ve asked myself why I’m so drawn to the dark side. (Which, contrary to the slogans, does NOT have cookies…at least not unlaced with arsenic.) The answer is that it’s not the crime I’m drawn to, but the investigation. I watch these shows because seeing the killer or the con artist or whoever get caught provides closure and restores my sense of order. There are horrors, but they can be stopped. Some wrongs can even be righted.

That’s why I’m drawn to the things I watch and the storylines I write. I need to process and internalize that while these horrors exist, so do the people who fight against them. There are villains, but there are also heroes, and they’re not necessarily the guys (or girls with guns). They’re anyone who sees a problem and faces it head-on rather than turning away. Sometimes there are casualties; there are certainly always costs. But ultimately, there is triumph as well, and that satisfactory conclusion is something I think we all need.

Well now, I’ll step down from my soapbox, but I hope you’ll want to check out The Countdown Club and meet The Meddlers (the Marsden High School forensics club).

Making her way through high school in her art geek bubble, Rayna Butler is used to being largely ignored by her classmates. Sure, she marches to her own beat—her Kool-Aid dyed hair and her edgy paintings make that perfectly clear. So, when she arrives at school one normal Monday morning and finds a handwritten note in her backpack that reads “Six days to die,” she’s sure that it’s just a friend playing a prank on her.

Jack Harkness is one of the toughest guys in school, a loner hiding his painful home life. When he also receives one of the threatening notes, he doesn’t take it for anything he can’t handle.

The students take the threats with varying degrees of seriousness . . . until the first murder. Class salutatorian Liam is the first to go, when his house mysteriously burns down around him and his mother as well. Certain that their days are numbered, Rayna and Jack convince the others to join together to track down the killer before their time is up.

Lucienne Diver spends her days agenting and plotting murder. Luckily, she limits the actual execution to fictional characters…so far as you know. She’s the author of the popular Vamped series of young adult novels (think Clueless meets Buffy the Vampire Slayer), the Latter-Day Olympians contemporary fantasy series of myth, magic and mayhem, and young adult suspense, including FAULTLINES, also from Bella Rosa Books. Her short stories have been included in the STRIP-MAULED and FANGS FOR THE MAMMARIES anthologies edited by Esther Friesner for Baen Books, KICKING IT edited by Faith Hunter and Kalayna Price for Ace, and TRIBULATIONS, a Rogue Mage anthology, edited by Faith Hunter for Lore Seekers Press.

She lives in Florida with her husband and daughter, the two sweetest pups in the world, and an overflowing library under the mistaken impression that death is not allowed to take her until she has read ALL THE BOOKS.

You can learn more about her at her website www.luciennediver.com.