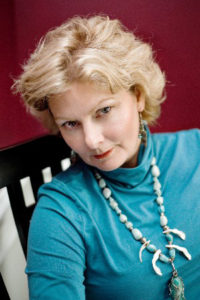 All the goodies I promised Faith Hunter fans are here! Without further ado…let’s get to it.

My attention returned to the shooting scene and when I breathed, the air was heavy with diesel exhaust. All the emergency medical vehicle engines were still running. I turned and moved toward Rick, though the law enforcement officers and crime scene techs, all milling around, all with jobs to do. I was almost to the street.

Shots rang out. I dove to the pavers behind the planter. I caught a blur of movement from the corner of my eye on a roof. Either there were two shooters, or the shooter had repositioned catty-cornered across the street. He—or they—had us pinned down. But then the movement was gone. Had someone been targeted? Or was the shooter just creating confusion so he—it?—they?—could get away?

My heart was slamming in my chest. My breath was fast and shallow. I was terrified. Had I mistaken clouds in the sky for a shooter?

High up, I caught a distorted shape against the skyline, an amorphous form bending over a long rifle, aiming down. Three shots sounded. Three more. These three hitting emergency vehicles with the injured inside.

“JoJo!” I shouted into my comms. “Active shooter on the roof of— I can’t see the business name. Multistoried building on South Central. There’s a white plaque in the brick, like an original name. It might start with a C, and the word Building after it?”

“Hang on. I got your position.” I heard soft tapping. “You safe? You look like you’re out in the open.”

I realized JoJo was following us in real time on the interactive map. “I’m behind a planter,” I said, lifting my head. “But there’s a cop in the street. She’s four feet from me. She’s hit. Bleeding. I’m gonna—”

How Occam Got His Name —serial short story
By Faith Hunter

He thought he wouldn’t sleep, but he did. And he woke the next morning just at dawn to find himself alone, the tent unzipped, Wayman’s sleeping bag empty, but still warm. And his friend’s high-pitched scream on the air.

Trace tore out of his sleeping bag and outside. Following the sound of Wayman’s screams. Knowing somehow, that this scream was from different from the others. That this scream was real. That Wayman was in danger. And he remembered the sight of the golden silver eyes caught in his flashlight’s beam.

He raced down the hillock, his sneakers untied, the laces flying. Glad he’d slept in them. Not sure why he’d think about that when his friend was in in trouble. Racing toward the screams. Which suddenly dropped away to a gurgling whimper. Trace stumbled on the untied laces, scratching his hand and arm in a long straight line, but picking up a stick as he righted himself. He’d forgot his gun. Dayum. His gun… Daddy’d kill him for losing it.

But he didn’t go back for the shotgun.

Trace rounded the small hillock to his left. And saw the bloody mess that was his friend, stretched out on the bloody sand of the wash. The spotted cat was lying beside Wayman’s weakly moving body. Trace screamed and waved his arms, racing toward the danger. He waved the stick and shouted scripture to make the demon cat go away. It wasn’t a power scripture like his daddy always used in his drunken sermons, but the only thing he could think of. “Jesus wept! Jesus wept! Jesus wept!” Waving the stick. Screaming out his fear and rage.

The spotted cat leaped away.

Stopped. Growled at Trace. And Trace turned from Wayman and raced after the huge cat. Instead of running, the cat leaped at him. Punched-thumped-walloped down on Trace’s chest, his massive cat-face hanging over Trace, bloody with the blood of his friend.

All the life and energy drained out of him. Staring into the crazed golden silver eyes. He peed his pants. Dropped the stick.

The cat bit down onto Trace’s shoulder. And shook him hard.

Then it jumped away, leaving Trace. And Wayman. Alone.

5 thoughts on “Flame in the Dark: Excerpt, Occam Short Story, and Rafflecopter”