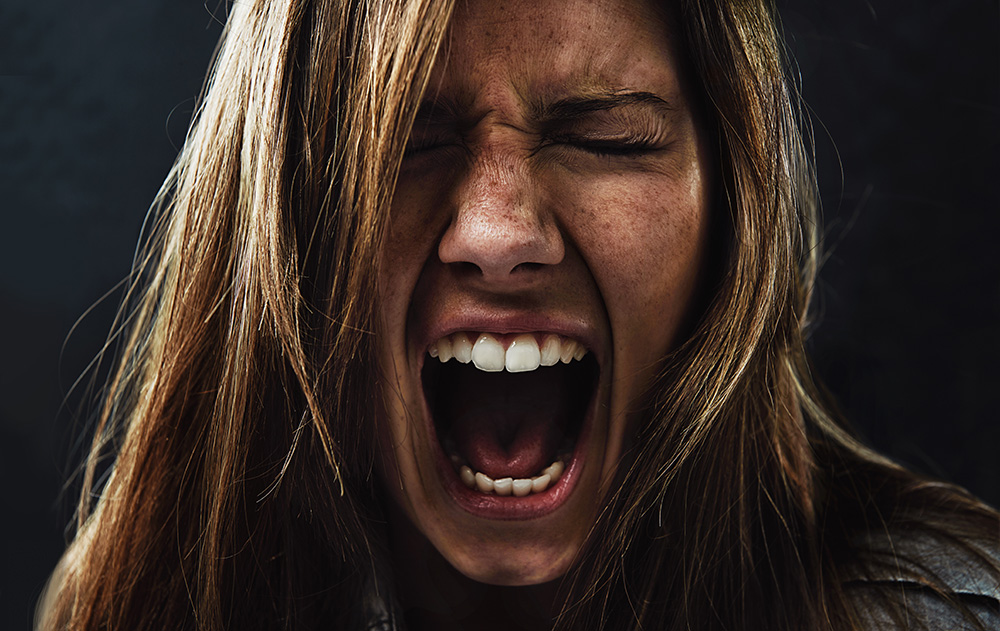 If you walk to the beginning of the woods in Silverdale, Maryland, you will find several signs that indicate various trails for hikers.  The red trail is several miles long and has steep inclines. The yellow trail is a little less hilly and about a mile shorter.  The green trail is an easy and relaxing hike that circles a large lake and is suitable for children. There is a family campground there as well, with a small sand beach.

The blue trail is closed.

The blue trail was closed five years ago at the request of Abby Campbell’s extended family.  Abby lives in a cottage deep in the woods that somehow managed to stay within the Campbell family estate when the land was sold for the creation of the reserve.  Abby is the only non-ranger with a permit to drive the back road that winds through the woods and intersects with the blue trail where her house is situated. She lives completely alone on the acre that comes with the residence on the lake. Sometimes the rangers check on her. Most of the time they leave her alone.  She has made it clear they are not welcome.

Twice a month, Abby drives her old blue truck into town to buy supplies. She lives off of a modest allowance from her brother, who manages her share of the estate sale but never visits.

Going into town is a trial for Abby.  She has to first put on her normal face. She has to focus hard to cut through the constant buzzing in her brain and pretend that she’s normal.  She knows she’s not, which she believes must be a mark of some sanity, but doesn’t want to alarm anyone. Putting on her normal face takes a lot of effort, total concentration and leaves her exhausted.

Right now, she’s just about to park in front of the Stewart’s Convenience Store and Farmer’s Market. She stopped at an ATM prior and used the buttons the way her brother showed her to withdraw one hundred dollars in cash. She memorized the pattern of card, access number, and withdrawal button to get the money she needed. She never takes more; never takes less.

She takes a deep breath and locks her normal face into place.  Now her splintered brain has to control the buzzing, keep her normal face steady, and make conversation with Rob Stewart.  She sweats with the effort. Holly whispers in her ear, “You can do it.”

She walks in and recalls how to smile.  Cheeks puff out, teeth showing just a bit. She practiced before she left the house.  Whatever she is doing must be working because Rob calls out to her.

“Hey Abby.  Thought it was time for your regular shopping trip!  Good to see you.”

“Hello, Rob.”
“What can I do you for, Abby?  Want me to help you get those supplies together?”

“Thank you, Rob.”  Just the two sentences are a tremendous struggle.

Rob’s face falls when he sees what Abby has become. Abby used to be a bright and sunny girl, but when her husband, Stephen, was killed in combat, she became more reclusive and stayed home with her toddler daughter.  The townspeople resented that she didn’t let them cluck and coo over her. They wanted to continue to wring every emotion possible out of the story and wring Abby out with it.  The sympathy was real, for the most part, but once the tragedy of the story was absorbed, it simply became another story for re-telling and bragging about a hometown hero.  It took on a life of its own and wasn’t Abby’s story anymore.

Then, the accident happened.  Abby took little Holly for a walk along the river that led to the lake on the blue trail. She turned around to lay down the picnic basket and blanket.  The stroller, which was not fully balanced on the grass and gravel incline, rolled off the bank and into the river. A huge wind swept the baby away before Abby could even turn back around.  Holly’s body was still strapped in the stroller when it was discovered two hours later in the lake.

For Rob, who had known Abby since childhood, the worst part was the reaction of the town.  The tongues wagged.  All of the goodwill and kindness shown to Abby when her husband died simply vanished into thin air.

“What kind of mother lets her daughter roll into the river?”

“Maybe she pushed her in.”

“She’s clearly not fit to have children.  Either she’s a murderer or stupid or lazy or all three.  I certainly wouldn’t let something like that happen to my child.”
“I hear they are investigating.”

“Couldn’t have been an accident.  We’ve all been down to that spot on the river.  No way does a baby just roll off.”

“They should arrest her.  Killing her own child! She didn’t deserve Stephen.”

Rob places some fresh fruits and vegetables in a bag, some WD40, a couple of boxes of pasta and two jars of spaghetti sauce.  Two loaves of bread, a fresh strawberry jam, one canister of peanut butter, a large bag of M&Ms, canned tuna and soups finishes it off.  Just for kicks, he throws in a box of cereal and a quart of milk.

“Does that look good to you?”

Holly whispers, “Yes,” so Abby nods and hands him the one hundred dollars in cash.   Rob carefully draws up a receipt and hands her the change.

Abby retains a stiff hold on her normal face and gathers the bags. Just as she reaches the door Holly reminds her of something.

Other blogs participating can be found here: http://afstewartblog.blogspot.ca/2017/09/join-october-frights-blog-hop.html