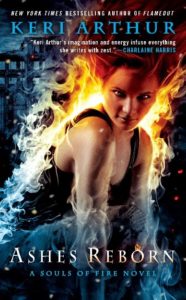 The clock is ticking as Emberly—a phoenix capable of taking human form—races to take revenge against the sadistic and mysterious Rinaldo. The elusive rebel leader threatens to keep killing until he is given all of the research about a plague like virus derived from vampire blood.

Forced to reach out to the Paranormal Investigations Team for help, Emberly and her partner, Jackson, must decide who to trust as they follow the trail of dead bodies. When classified information is leaked and their safe house is ambushed, Emberly’s suspicions are confirmed—someone at PIT has betrayed them.

A final battle looms and Emberly will need to command all her powers—or watch the world turn to ash….