Only 7 days until Souls Rise, the third novella in The Soul Wars series, is released. This is the novella in which we learn how Kara came to be with Gaspard, and why some vampires have souls and other do not. 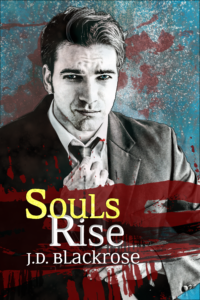 He headed back into Paris and disappeared in the shadows. Hunched against the cold, he walked and walked, thinking about how to push Arnaud into the fight.  He arrived at his destination, a small bar down a side alley with the romantic name of Le Bar des Ecrivains, the Writers’ Bar, and stepped in, hoping the usual vampire crowd and real whiskey would be there. As soon as he entered, he realized at least one of those two things was there in numbers.