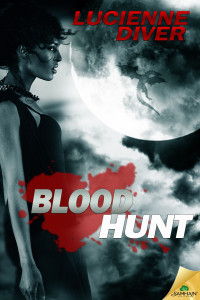 Hi Lucienne! Welcome to SlipperyWords.  I am so glad to have you. You know I have been a fan of this series since the beginning.

I really appreciate that!!

War has a cost.  And even though Tori doesn’t go to war in the typical sense, she is fighting some pretty immense forces, and she’s still (mostly…somewhat…) human, so she’d going to get banged up.  It’s only realistic!  But she’s tough.  She can take it.  Yeah, Tori is my heroine in more ways than one!

Thank you SO much. Would you believe I used to have trouble with fight/action scenes?  My writers’ group—Keith R.A. DeCandido in particular (hey, Keith!)—used to beat me up for it.  Now I sort of rub my hands together and cackle with glee.  I had a ton of fun with that fight scene.  It’s so epic!  At least, I like to think so.  But every time I do something like this I wonder, “Where on earth can I go for the next book?  How do I top that?”

I’m not so sure he found an immortal so much as she found him…and he was powerless to exist.  Or at least, he didn’t want to fight too hard.  That special someone is something of a force of nature!

I didn’t want to focus entirely on Greek mythology, but that’s where I started with the Latter-Day Olympians series.  As you’ve said, I wanted to bring their counterparts and compatriots in other pantheons in as well, so that I could draw on Assyrian, Babylonian, Egyptian, Norse, Native American and other mythologies.   Mostly, though, they do appear in their Greek forms for continuity and because they’re trying to blend into our world of today.  Apollo as Horus with his hawk head would be pretty conspicuous!  So would Hermes as Iemisch with a fox body and serpent’s tale or as Spider or Coyote…  And Aphrodite as Ishtar would have wings…and she’s certainly no angel!

You know, that’s an interesting question!  It hurts me and my sun-worshipping self as well.  I don’t have an answer for this yet, but I’m working on it!

Thanks so much for spending time with me talking about Blood Hunt!  Available TODAY!

My pleasure!  I have to admit that Blood Hunt is probably my favorite of the Latter-Day Olympians novels.  I could talk about it all day long!

From October 19-31st, the first in the series, Bad Blood, will be just $0.99 in digital editions.  Also, the series’ prequel story “Trickster Blood” is free to read any time.